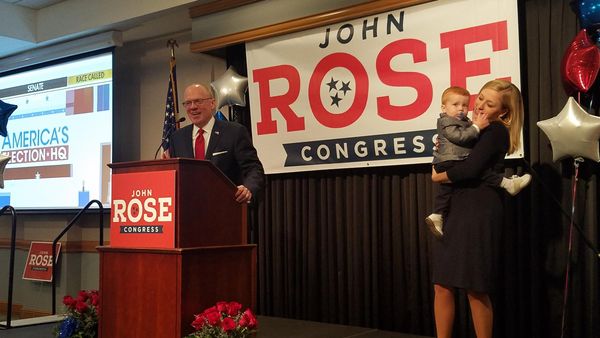 Rose had nearly 70 percent of the vote, with Barlow at just over 28 percent when the race was called by The Associated Press. Rose declared victory shortly after the polls closed and he continued to lead by a big margin.

Rose’s platform includes a reduction to the federal deficit and dependence on government programs, along with repealing the Affordable Care Act. He is pro-life, and he supports the Second Amendment and building a wall along the southern border of the U.S.

“We need to take on our debt issue instead of shy away from it, build the wall, support our president, and create a health care system that works for all Americans,” Rose said in a statement. “We have a lot of work to do, but I am ready to roll up my sleeves and get to work.”

(cont.) Rose supports a market-centered health care approach, which he believes puts decisions into the hands of patients and doctors, not insurers.

Rose owns and operates a family farm in Smith and DeKalb counties. He’s also a former commissioner of the Tennessee Department of Agriculture and chairman of the Tennessee State Association Fair Board.

Rose won the Republican nomination in August with 43,797 votes in a five-person field. He replaces Black, who gave up her seat in an unsuccessful bid for the Republican gubernatorial nomination.

(cont.) The district includes Wilson, Sumner and Robertson counties among its 17 counties along with portions of Cheatham and Van Buren.

Ready To Fund Your Next Effort? Get Started Today.